So where does this new reality leave creatives?

I was driving around a few days ago thinking about how bedroom pop is suddenly all the rage with artists able to make music from just about anywhere, creating full albums from an iPhone and slowly doing away with actually needing to have any sort of training or musical ability to create music to back up their, often over processed, vocal tracks and it got me to wondering, how long will it be before all music is generated by artificial intelligence with no need for creatives? That may sound like a future nobody wants, but the problem is, it's a future that many would gladly accept. Sure there will always be a place for personal creation, but when musical tastes can be manipulated to the point that they are now, where music is something that is less talent based and more instant gratification based, simply background sound for whatever actions a person may be taking at a particular time, the door is opened wide for the robots to step in and take over.

As I mentioned, I was thinking about this as I was driving around a few days ago. Literally the same day, when I arrived back at my office and opened my email, I found a press release announcing that two companies, Sensorium Corporation and Mubert have united to create the first-ever AI-powered virtual DJs, playing AI-generated music. My jaw dropped. Holy shit, these people must have been reading my mind, and not in the good kind of way, more like the Big Brother, Orwellian sort of way. So, what is it exactly that they announced?

Well, as I mentioned, these two companies, Sensorium Corporation and Mubert have joined efforts to develop the world's first AI-driven DJs that will autonomously create a constant flow of ever-changing music that adapts to all kinds of moods and environments.

Sensorium Corporation will produce a diverse series of photorealistic virtual artists featuring unique identities and musical preferences. Genetic algorithms behind each of these all-digital characters will drive their behavior and allow them to absorb data from the environment to constantly nurture their knowledge and evolve their music styles.

Mubert's proprietary technology will empower these virtual performers with the ability to create generative music in real-time based on an extensive database of samples. From hip-hop and EDM to K-pop and indie-rock, these DJs will masterly handle over 60 genres of music.

Alexey Kochetkov, Founder and CEO of Mubert: "The personification of AI-composed music is the most natural and groundbreaking way of introducing people to generative music. Together with Sensorium Galaxy, we're developing artists that can create original, high-quality music in real-time based on the reactions of the crowds."

Ivan Nikitin, Head of Product at Sensorium Galaxy: "AI combined with VR can push the boundaries of what modern computing can offer us when it comes to entertainment. We are witnessing the dawn of AI creativity, and we are proud to be the first platform to give virtual bodies to artificial musicians and provide them with the stage in Sensorium Galaxy."

Since 2017, Mubert has generated and delivered millions of multi-genre tunes to music lovers from all over the world. Last year, the company's mobile application became the "App of The Day" in 170 countries on the App Store and was awarded as the "App of The Year" by Google Play. The sophisticated AI technology developed by Mubert is used by world-leading services like Crello, PicsArt, Sleep Cycle, and Insight Timer. Today, companies leverage Mubert's high-quality, copyright-free music to enhance user experience.

Virtual DJs will host shows in Sensorium Galaxy, along with world-famous artists like David Guetta, Armin van Buuren, Carl Cox, Dimitri Vegas andamp; Like Mike, among others. For the first time in history, AI-powered artists will complement the natural talent of real-life talents joining the alternate universe of Sensorium Galaxy — a balanced mix of human and AI-generated art.

As an alternate universe that relies on AI technology to push the boundaries of social interactions and entertainment, Sensorium Galaxy's partnership with Mubert also generates synergy to create more interactive experiences and bolster user creativity. Aligned with Sensorium Galaxy's mission to empower users to express themselves with absolute freedom, Mubert technology will provide an extensive toolkit for participants to create their own music in playful ways, as well as to share their creations on social media.

Sasha Tityanko, Art Director at Sensorium Galaxy: "The Sensorium Galaxy platform unites people through quality VR entertainment and experiences. On top of creating shows with world-famous artists, here at SG we are growing the first generation of virtual AI-backed DJs that will be able to collaborate with real-life artists, take part in virtual events on the same grounds as real-life DJs. We may witness a new form of art emerging from this balanced mix of talent and technology, as well as new tools for creativity."

So where does this leave creatives? Are they all suddenly looking for jobs at McDonalds? Well no, of course not. They'll still continue to create, put out product and music that the fans love. That personal connection will never go away, at least not in our lifetimes. The difference is, creatives will more than likely now have a new force to compete with for airtime on playlists, sync opportunities (music in movies, television, video games, commercials, etc), etc. As the technology gets more and more advanced, it will create a new space where physical artists once existed, much like the self service lanes at a grocery store. Music consumers will be able to choose which lane they want to use and yes, many will go the AI route for convenience, while most prefer the human interaction. Time will tell where this all goes, but I will admit, it seems the video gaming industry may be a first adapter, just as it seemed video games and the music industry were making real progress. 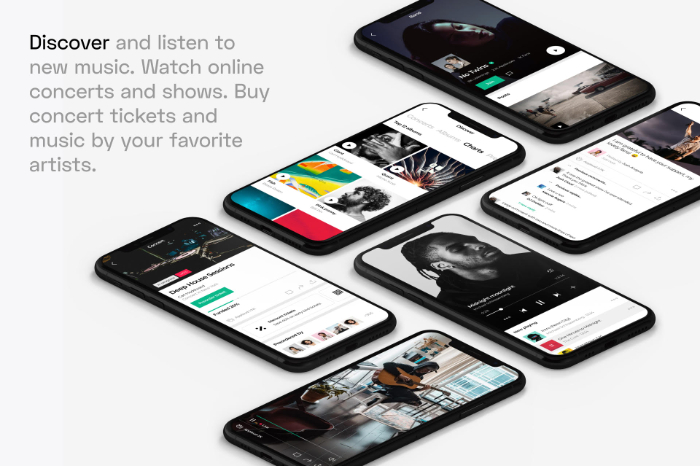 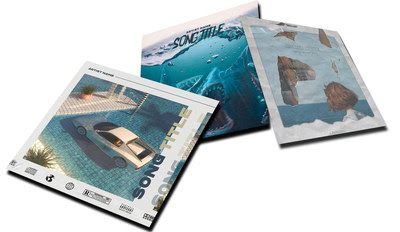 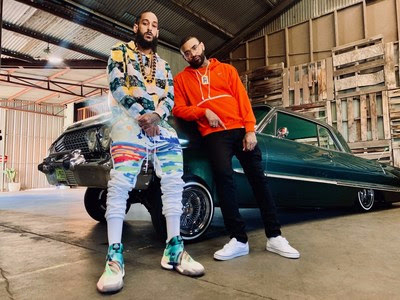 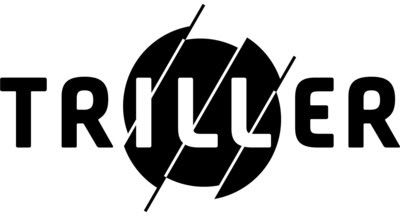 Update Includes the Most Sophisticated Music Editing Tools of Any Social Media App, Go Live, and a Slew of New Features, with its own recommendation engine