Music Business Conferences in 2021 You Should Know About

Check out a mixture of live and virtual music industry conferences this year. 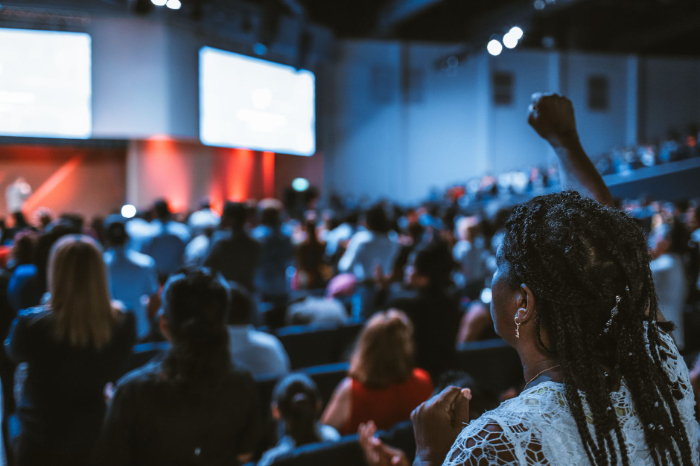 I'll have to admit, one of my absolute favorite things about working in the music industry is all of the conferences throughout the year. There are a lot of them. Typpically the year starts out in early January, in midtown Manhattan, NY, with the Association for Performing Arts Presenters, or APAP, Conference, followed a few weeks later by Ny:Lon Connect, also in NYC, and then 30A Songwriters Conference in North Florida. Those three are just the beginning, with Pollstar Live! typically in the beginning of February followed by the Folk Alliance Conference in Kansas City, Montreal, New Orleans, or wherever it may be next, normally in Late February, and then the mother of all schmoozefests, SXSW in March. If that's not enough, there's always Winter Music Conference in Miami in late March. That gets us through the beginning of spring and the conference world allows us to take a little break in April before it spins us for a loop back to NYC for Latin Alternative Music Conference (LAMC) in early May and then down to Nashville for the Music Biz Conference only a few days later.

The summer typically gives us a little bit of a break from conferences with the exception of NXNE in Toronto in June and Western Arts Alliance Conference in Southern California on the last week of August. The fall brings another flurry of conferences with the annual Arts Midwest Conference, in various midwestern cities depending on the year, in Early September around the same time as the Americana Music Conference in Nashville, normally the second week of that month, the International Entertainment Buyers Association (IEBA) Conference in New York in October, and rounding out the year with Aspen Live in Aspen, Colorado in December. There are a few other national and international music business conferences I enjoy getting out to on occasion and we'll get to them below, literally at least one every month of the year, sometimes many more.

A lot of good business can get done at music industry conferences if you know how to make good use of your time and resources. If you aren't a workaholic like many of us in the music industry and just enjoy "the hang", these conferences can be a great place to get to know your peers over grub and beers while checking out some good music and making some lifelong friends. If you are in a band and know how to properly "work" these conferences, they can be very fruitful. That said, for a band, the ability to interact with strangers should come naturally as these events are no place for introverted personalities. If you're looking for a good manager, booking agent, publicist, publishing deal, record label, or exposure, these conferences are the place to get in front of them.

That brings us to 2020, and now 2021, two years that are on track to change everything. hand-shaking, business card trading and close talking are out the window for the forseeable future and almost every conference is either going, or attempting to go, virtual. I had the chance to "attend" a few virtual conferences over the past several months including APAP, the combined Western Arts Alliance/Arts Midwest and IEBA. Each of them was conducted via virtual conference platforms that, while well-intentioned, provided a very different experience from the usual conference faire. Networking and connecting with other "attendees" at these virtual conferences was possible but scarce, and the panels/seminars were basically live webinars. Please keep in mind, this is just my opinion and my experience. It could have been very different for others. That said, let's look at what's happening with music industry conferences in 2021. Below I have laid out a pretty extensive, though probably not complete, list of all of the major music conferences and how they are handling presentation this year.

Association of Performing Arts Presenters (APAP) - This event happened virtually. The workshops and plenaries were interesting, the showcases mostly pre-recorded videos and the networking opportunities few and far between.

NY:LON Connect (January 25-28, 2021) - Created and managed by Music Ally and the Music Business Association, NY:LON Connect is a global music event that brings together top executives and influencers from the international music industry to explore the agenda for the coming year. The event provides a platform for key thought leaders to have in-depth discussions on critical topics, learn from each other, and drive positive change within the wider business. NY:LON Connect 2021 will bring the best of the groundbreaking global music summit online via Zoom for the first time. After four sold out editions in New York and London, this year’s event will take place across four mornings (US time) / afternoons (UK time) from January 25 – 28. As ever, the event will serve as a forum for high-level strategic debate about the biggest issues facing the global music business in 2021.

'SCREEN X SCREEN' (February 16-20, 2021) Screen X Screen is a new online conference emphasizing live-streaming, gaming, AI, virtual reality and tech in the music industry.  Artists such as Lil Nas X, Marshmello and Travis Scott are performing concerts in video games such as Fortnite and Roblox; Billie Eilish has stunned the world with her incredible livestream. What's next for the Industry? How do other businesses and artists access this technology and generate income and monetization?

"After the success of moving Indie Week online, it just made sense to launch a new event that focuses on the future and new business models. We have to look at the new opportunities that are being presented, and I believe that this is an amazing time for businesses and artists to grow at an explosive rate with an engaged global online audience. Live streaming, gaming, VR, and AI, are going to play an integral role." - Darryl Hurs (founder of Indie Week). SCREEN X SCREEN is going to be a deeper conversation about embracing the digital world. Join Canada's Indie Week at Screen X Screen for an important and exciting look at what the future will look like. Click here to register for Screen X Screen.

Folk Alliance International (February 22-25, 2021) Folk Alliance International is hosting Folk Unlocked, a five-day virtual event for the entire international folk community to come together virtually for panels, workshops, showcases, affinity and peer group meetings, exhibit spaces, networking, and mentorship. According to a statement from Folk.org, FAI is "unlocking the doors and windows of the house of folk to be as broad and inclusive as possible, inviting those who have been loyally attending Folk Alliance International conferences for years while aiming to reach folk musicians and professionals who have never benefited from or attended FAI before." Programming will be interactive, whether live-streamed or pre-recorded, and recordings will be available for later viewing, allowing folks from around the globe to tune in when they can. For more information on this years conference, go here.

Take advantage of the unique opportunities this event has to offer, including Conference sessions and Keynotes, Music Festival showcases, Film Festival *screenings, world-class networking, online Exhibitions, and the unexpected discoveries that are always a part of SXSW, all in a digital setting. To register for SXSW Online, go here

Music Biz Annual Conference (May 10-13, 2021) JW Mariott, Nashville TN. The Annual Music Biz Conference is currently set for a live presentation in May. The Music Biz conference has grown steadily over the four years that it has been hosted in Nashville, topping 2,200 attendees last year for the first time since 2003. The music business sensibility of Nashville and its Music City Music Council aligns so well with their efforts on behalf of music services, stores, labels, artists, songwriters, managers, publishers, entrepreneurs, startups, educators, students, and everyone else in or looking to break into the industry.

A2IM IndieWeek 2021 (June 14-17, 2021) A2IM’s Indie Week, the annual music business conference, will be held virtually from June 14-17, 2021, making the 10th Anniversary Libera Awards the capstone event of the week. A hybrid Indie Week 2021 to include an in-person element will be added, provided it is safe to hold in-person gatherings at that time. A2IM Indie Week is a four-day international conference and networking event aimed at maximizing the global impact of Independent music. Featuring keynotes, panels, exclusive networking sessions, and more, Indie Week has historically drawn an attendance of over 1200 participants from over 30 countries. Indie Week 2020 was slated to take place in New York City from June 15th to 18th. But in response to COVID-19 lockdown’s, we took Indie Week online. To register for A2IM IndieWeek, go here.

NXNE (June 11-20, 2021) NXNE is the Canadian sister festival to SXSW. They plan on having the event live and in-person this year, if everything goes as planned. NXNE has been discovering new music and new ideas since 1995. Over 200,000 attend the Festival every June in Toronto. In addition to presenting great, emerging musicians, NXNE also features: eSports, comedy and much more over 10 hot days every summer. The best up and coming bands in Canada and the world as well as top established acts perform at the festival. NXNE's Yonge Street Festival Village presents free programming all weekend when they shutdown the street from Dundas to Queen for over half a kilometer of action including two music stages. Top acts who’ve played NXNE’s stages include: Post Malone, Lizzo, Flaming Lips, Arkells, Iggy and The Stooges, Run the Jewels, Chrvches, Lumineers, Raekwon, Billy Talent, Jazz Cartier, Azealia Banks, St.Vincent, Daniel Caesar, Lights, Kaytranada, Schoolboy Q, The Tragically Hip, Future Islands, Spoon, Big Freedia, U.S. Girls, Yungblud, and many more. Plus Canada's top artists and Tastemakers program in Toronto's best venues featuring their favourite up-and-coming acts. A low-price wristband gains priority access to all shows. Click Here for Tickets and Information.

Pollstar Live (June 15-17, 2021) Pollstar Live! has decided to move their annual conference from February to June this year and attempt a live/in-person experience. With over 30 years of history, the Pollstar Live! Conference offers three (3) days of compelling discussions led by visionaries in the live entertainment business. It kicks off with a full day of programming dedicated to the production and transportation of live events and culminates with the annual Pollstar Awards, celebrating the industry’s most distinguished contributors from the year prior. Pollstar Live! will be held at THE BEVERLY HILTON at 9876 Wilshire Blvd., Beverly Hills, CA 90210. If you would like to register for Pollstar Live, simply click here.

AMERICANAFEST (September 21-26, 2021) Americanafest is moving forward with a fully live event for 2021 gathering thousands of artists, fans, and industry professionals from all over the world in Nashville, TN. 2021 promises to once again be the must-attend event for anyone who loves the melting pot of Americana's influences including roots, folk, country, blues and soul-based music. Each year, AMERICANAFEST brings together legendary artists, the next generation of rising stars, fans, and industry professionals for six days of music and education. The conference portion of Americanafest features numerous panels, seminars, exclusive day time performances, and much more, proudly providing Nashville's most educational music industry forum. This special event covers the interests and needs of artists, managers, labels, radio stations, publishers, agents, promoters, retailers, legal and business affairs executives, merchandisers and new media professionals – all enthusiastically attended and presented by music industry leaders. And FYI, you do not have to be a member of the Americana Music Association or in the music industry to purchase a conference registration and attend all the events. We encourage all music lovers to be a part of the conference experience.

These are but a few of the many virtual and live music industry conferences happening throughout 2021. We will be adding here over the coming months as new conferences are added and old conferences are confirmed. Stay tuned. 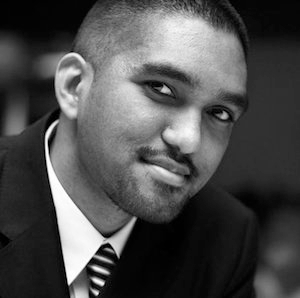 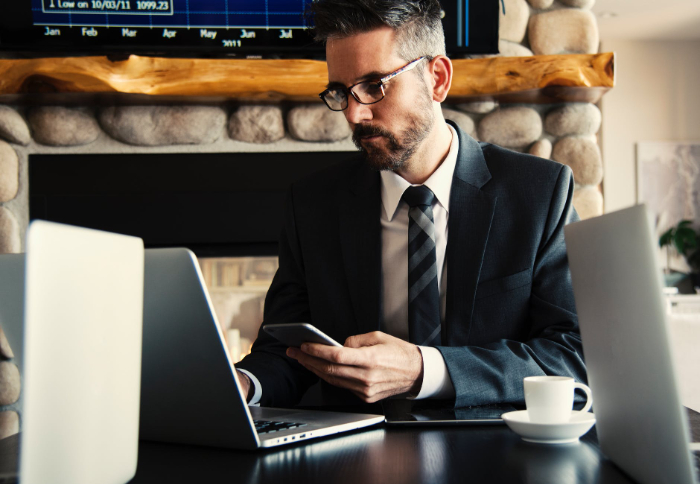 What Does A Booking Agent Do

The vital role a booking agent plays in your music career 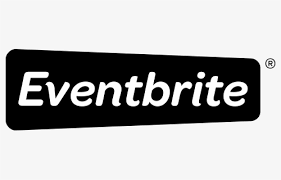 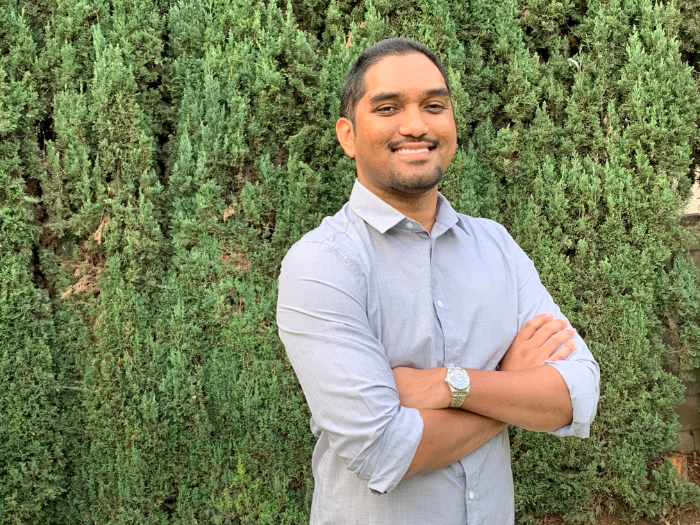 An interview every new band or musician should read

When and why does your band need a manager?