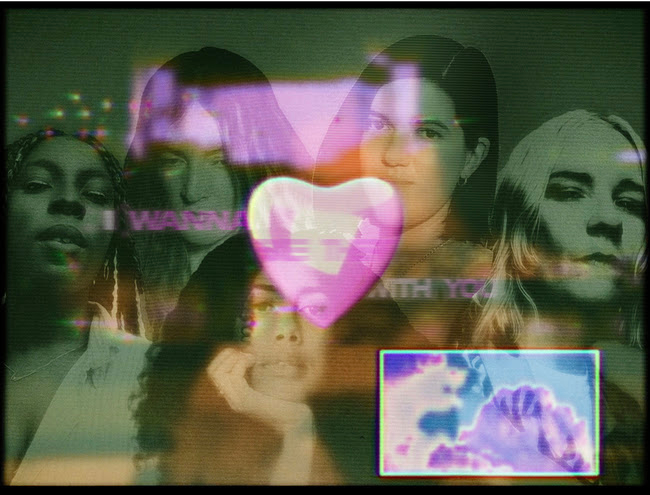 Today, Romy—Romy Madley-Croft of The xx—unveils the “Lifetime” remixes EP and shares Jayda G's Baleen remix— listen and pre-order the 12” vinyl here. The remix EP features reworks of Romy’s debut solo track by an all-female and nonbinary cast of musicians, including Planningtorock, Anz and HAAi.

The original version of “Lifetime,” which Romy unveiled in September, received widespread critical appraise, with Vulture calling it a “revelation for Romy: huge and life-affirming, featuring some of her most confident singing ever, with lyrics that rise to the current moment...the perfect song to lose yourself in, especially now.” Additionally, Stereogum praised it as “an undeniable jam...a pure explosion of energy” and The FADER said, “The exuberance on Romy’s debut single feels hardachieved...vaulting toward ecstatic love.”

“I’m so excited to share four remixes of ‘Lifetime’ from four of my favourite producers right now, thank you so much Jayda G, HAAi, Anz and Planningtorock, you are all so talented and inspiring, I am so grateful for these remixes!” Romy says. “When I was making the song I dreamt about being in a club, celebrating with my friends, you have each transported me back there in such different and uniqueways, it’s amazing to hear! So excited for these to be out at last, dreaming of when we can be together listening to these in a club ????.

“I have been a fan of Romy since The xx’s first album back in 2009,” Jayda G says. “To be part of this remix project for her first solo track is a dream come true and a honor. And the track bangs so was pumped to work on it!”

“I’m so proud of this remix I made for my dear friend Romy,” Planningtorock says. “Think it’s one of the best I’ve ever made! It was so much fun re pitching Romy’s gorgeous husky vocals to make this new melody and transform the song into a queer dance floor stomper. Also really love Romy’s message on this track and wanted to take that already uplifting feeling and lift it higher. We’ve been listening and dancing to this remix loads and I hope you will enjoy it too????”

“Romy first played me ‘Lifetime’ on the way back from the studio one day,” HAAi says. “I loved it so much I asked her to play it again right away. I wanted to keep the energy and feeling of euphoria that the track had and to give her vocals the space to just exist. I can’t wait to play this in a sunny field with lots of people.”

“As a longstanding Romy fan it was such a joy to work on this remix,” Anz says. “When she shared the stems, I listened to her lyrics in isolation a few times and thought about what the words meant to me. The idea of being beside each other after such a secluded year brought about these really melancholic pangs for togetherness, and so I built the remix for just that. A time where we can all be shoulder to shoulder in dark rooms and at sunrises, dancing through melancholy and finding our feet again.”

At the same time as honing her craft as a songwriter, Romy has embraced a burgeoning DJ career. DJing since the age of 17 (when she got her first job playing records at a gay club in Soho), the last twelve months have seen her passion reignited, with appearances at Manchester’s Homobloc, Turin’s Club to Club and a closing set at this year’s Pride Inside for Amnesty. She was also a key contributor to 2019’s BBC Radio 1 Residency series.

In an intimate Instagram performance earlier this year, Romy hinted at more music to come inspired by club classics, Ibiza house and trance.