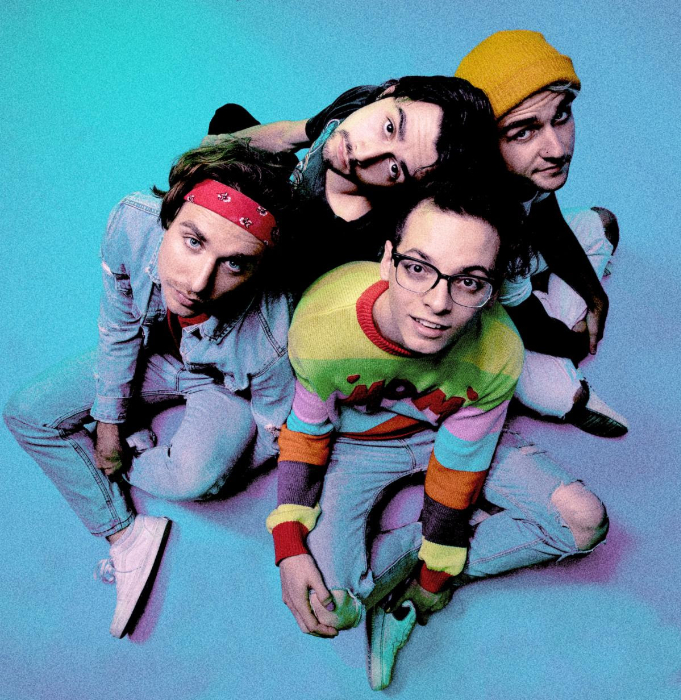 Alt-rock quartet The Wrecks are ending their busy year on a high note, announcing their new EP, Static, available December 18 via Big Noise. The four-song collection offers everything from upbeat dance tracks to ballads about longing for that one special person. Static is available to pre-save now.

“We originally wanted to release a deluxe version of our album Infinitely Ordinary, but often times deluxe tracks get snubbed a bit and we didn’t want that to happen to these songs. So we decided to give them their own release, and an opportunity to reach more people,” shares frontman Nick Anderson on the upcoming release.

The release of Static follows up The Wreck’s debut full-length album Infinitely Ordinary, released earlier this year via Big Noise. The culmination of over two years of hard work, Infinitely Ordinary is made up of 8 honest tracks that fully encompass the Los Angeles-based quartet’s desire for perfection that is anything but ordinary. Their first single from the LP, "Freaking Out", spent an utterly impressive twenty three weeks in SiriusXM's Alt Nation's Alt 18.

The Wrecks formed in 2015 in Thousand Oaks, CA. With heavy influences from The Pixies, The Strokes, and Weezer, they snuck into a recording studio to self-produce their debut EP, We Are The Wrecks. The group’s 2018 follow-up, Panic Vertigo, earned similar acclaim, with Ones To Watch hailing the four-piece as “indie rock’s best kept-secret” and Billboard calling them “as authentic and honest as possible.” Since then, the band has secured a number of nationwide tours while opening for bands such as Nothing But Thieves, Silversun Pickups, The Struts, New Politics, Paramore, and All Time Low.